You know that properly maintained tires are vital to the safe operation of your vehicle, but we bet you didn’t know the following 11 tire facts. 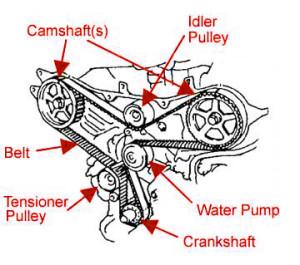 Early tires were white. Manufacturers added zinc oxide to the rubber for strength which had the side effect of turning them white.

White wall tires were first made in 1914. A whitewall tire is created when a carbon black tread is combined with a zinc white sidewall.

Run-flat tires can drive for a time without air. Run-flat tires will go around another 100 miles after losing tire pressure. They are designed to go around 50 miles when driving at 50mph, but if you drive at slower speeds you can get many more miles out of them. BMW uses the most run-flat tires.

Used tires produce a lot of waste. Every year there are more than 250 million used tires discarded. To help combat this problem, there are recycling programs that will melt the tire down to be used in asphalt. The tires may also be shredded and used in garden mulch. Sometimes new tires are made from the old. There are also crafty ways to recycle old tires like making them into planters, dog beds, swings, and other playground equipment.

Most new cars don’t come with a spare tire. Many vehicle manufacturers, in an attempt to shed weight, stopped putting spare tires in new cars. Instead, they sell them with a patch kit and a can of compressed air.

Michelin is currently working on a new tire known as the “tweel.” It is described as an airless wheel and tire that comes in one piece. They hope to offer the reality of no flat tires and replaceable tread.

Lego is the leading tire manufacturer. They produce over 306 million mini tires a year.

The modern tire contains over 200 materials. The common materials in a tire include Kevlar, nylon, rubber, and steel, yet there is a lot more that goes into the manufacturing of a tire. They consist of metals like titanium and cobalt to help the compound bond to the steel belts. Silica and saline are also used to help enhance performance. Citrus oil and other “green” materials are also used.

You can find the World’s Largest Tire in Michigan. It is 80-feet-tall and weighs 12-ton and was originally used as a Ferris wheel at the 1964-65 New York’s World Fair. It was later moved to Allen Park in 1966.

We hope you found these facts about tires interesting! And remember, if you have any concerns with your vehicle you can call the automotive repair experts at Virginia Auto Service. Call 602.266.0200 or schedule an appointment online.