If you have been following the news at all the last few months, then like us, you may have noticed an alarming trend.  We read the news in the morning or turn on the television and almost weekly we hear about a deadly car crash that happened overnight.  In many of these cases there are factors of driving impaired, or drowsy driving that helped cause the accident. But, sometimes simply the fact that it was night can be the underlying reason the crash occurred. 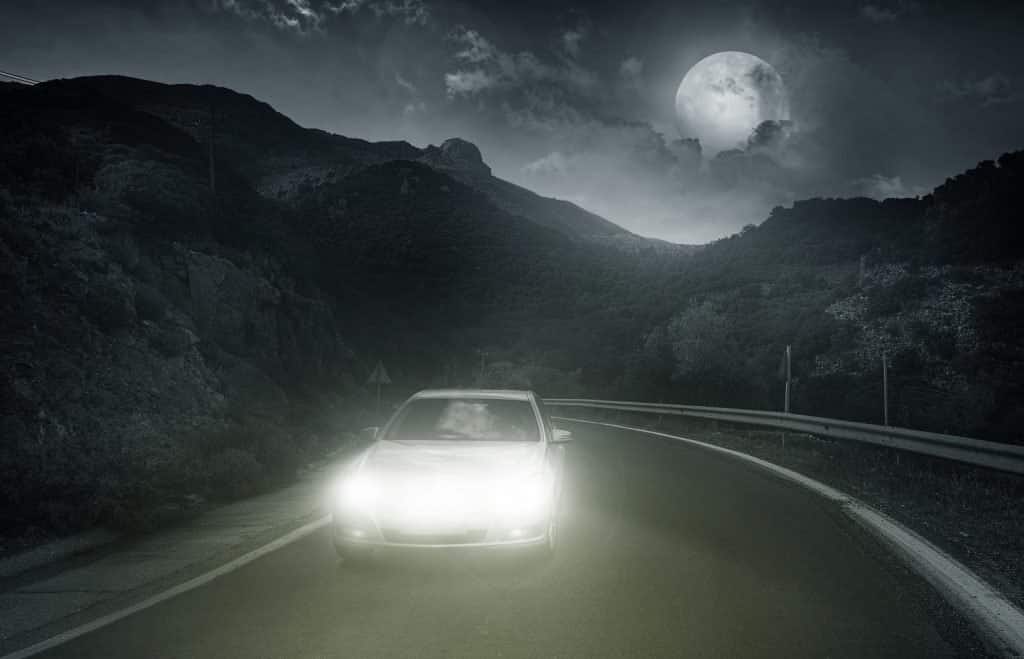 According to research done by the National Safety Council, vehicle death rates at night are three times higher than during the day. The most likely factors that make driving at night more dangerous than any other time throughout the day are poor night vision, the absence of light, impaired drivers, rush hour, and fatigue.

A persons’ ability to see well in conditions where there is low-light is considered night vision. As people get older, our ability to see well at night becomes compromised.  Drivers that are under the age of 50 only need about half as much light to see well compared to drivers aged 50 and older. According to the American Optometric Association(AOA), at age 60 and older, driving (especially at night) can become even more difficult. The AOA goes on to state that some drivers may also have compromised vision due to cataracts and degenerative eye diseases, both of which do not combine well with low-light driving conditions.

The Fact That it is Dark

Depth perception, peripheral vision and color recognition are all compromise when it gets dark outside. On top of this, the glare from the headlights of oncoming vehicles can literally leave a driver blind for a small period of time. According to the National Highway Traffic Safety Administration (NHTSA), typical low beams illuminate the road from 160 to 250 feet in front of your car, and normal high beams shine from about 350 to 500 feet. At 60 mph it takes more than 200 feet to stop. So even with your high beams on, there’s not a lot of room for error.

According to the Centers for Disease Control and Prevention (CDC), someone dies every 51 minutes in crashes that involve drunk drivers. If you take into account all of the drivers that are under the influence of drugs or prescription medicines, that number will increase quite a bit. Drivers that are under the influence tend to be on the road more after dark, mainly on weekends and between the hours of midnight and 3AM.

Due to the roadway being crowded with impatient drivers’ eager to get home from work, evening rush hour (between 4 and 7 p.m. weekdays) is among the most dangerous times to drive. During the winter season, it gets dark during rush hour making an already dangerous driving situation worse.

According to the National Sleep Foundation, 60 percent of adults have driven while they were tired, and another 37 percent have admitted to falling asleep at the wheel. The National Highway Traffic Safety Administration states that 100,000 police-reported crashes are a result of driver fatigue. You can learn more about the dangers of driving drowsy here.

Arizona is a large state with many rural areas. Many of these areas have wild as well as domesticated animals that may be roaming around the streets causing a potential hazard, especially at night when they are harder to see. From cats and dogs to coyotes and deer to cattle, they are all our there. And, speaking of cattle, many of them are black or dark brown in color making them exceptionally difficult to see.

Pedestrians can be difficult to see when they are riding bikes or walking down the street at night, especially if they are not wearing or using the proper safety night gear and attire. Having a pedestrian or animal suddenly appear in your vision at night could easily cause an accident should you swerve or over correct to avoid striking them. Stay alert and on the lookout for them at all times.

15 Tips for Driving Safely at Night

Driving between the hours of midnight and 6am are the most dangerous times to be on the road. Luckily, there are some things you can do to improve your safety when driving at night:

By taking these extra precautions, we can keep not only ourselves safe, but the other drivers on the road safe as well.