Everyone knows that February 14th is special for lovers, but for Arizona, it holds another important meaning. It was 105 years ago, on February 14, 1912, that Arizona became the 48th state in the Union. 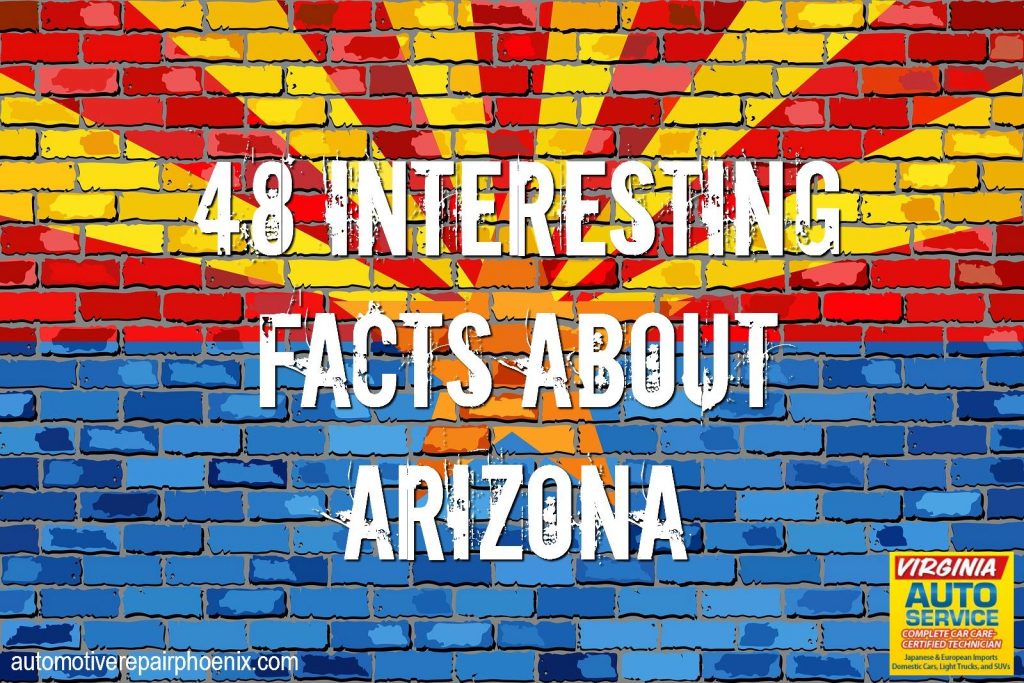 To honor our home state on its birthday, we thought it would be fun to share some facts about it. Some you may know, others you may not, in any case, it is all good fun.

Here are 48 interesting facts about Arizona:

As you can see, we love Arizona. More than that, we love the people of Arizona, and we take pride in our part in keeping them safe on the roads. For high-quality auto repair services, give the experts at Virginia Auto Service a try. Call (602) 266-0200 or schedule an appointment online.