Many car manufacturers are now using direct-injection (DI) technology in their new designs because it increases fuel efficiency (meaning MPG).

This technology, which was initially created to make diesel engines quieter and more fuel efficient, changes the way fuel enters the engine.  This change allows carbon, a black sooty dust, to build-up on the engine’s intake valve and other surfaces inside the engine. 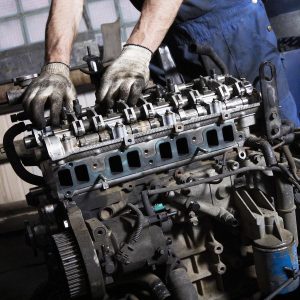 When carbon builds-up in the car’s engine it can cause a couple different problems.  First, the engine will lose power.  One of the main problems carbon build-up does is to change the ratio of fuel to air in the engine.  This can happen if sensors stop functioning properly because of carbon build-up or if build-up keeps the intake valve from closing properly.  This can make the engine sluggish and cause it to stall.  Carbon build-up can also significantly degrade fuel efficiency, causing the car to get fewer miles to the gallon than it should be getting.

There are some things that will cause carbon to build-up faster that those with cars that are prone to carbon build-up problems should avoid.  Filling the tank with low grade gasoline which is less purified and usually has a higher concentration of contaminants can increase carbon build-up in the engine.  If the ratio of fuel to air is off, as mentioned above, carbon will accumulate more quickly.  Using the car primarily for short trips can also increase problems with carbon build-up as the engine doesn’t run long enough or hard enough to get hot enough to burn any of the carbon off.

When cars experience issues with carbon build-up, the build-up must be cleaned out of the engine.  Most auto repair shops can perform this kind of service but it can be costly, depending on the type of car and the work required to remove the build-up.  If your car is having any of these problems, have your repair shop check it over and recommend what can be done to solve the immediate issue and over the long term to protect your engine and keep your car on the road.